http://nepalpolity.com/communist-government-a-hundred-days-of-incertitude/
Posted by NEPAL POLITY at Tuesday, May 29, 2018 No comments: Links to this post

The Irony of Secular Republic Nepal

You can’t help marveling at our Marxist-Leninist and Maoist comrades. The odds were heavily stacked against unity – ideologically, organizationally and, yes, personally.

The drawn-out process almost validated skeptics who considered that promise little more than an electoral ploy. K.P. Sharma Oli and Pushpa Kamal Dahal ‘Prachanda’ were so tight-lipped about the succession of hours-long one-on-one sessions that their efforts were apt to be dismissed as mere face-saving.

Disputes over power-sharing, organizational equality, process and form, real as they were among the rank and file, were all deemed convenient covers to explain that inevitable reality: Nepal’s communists just don’t have it in them to coexist.

Then, presto, the comrades coalesced fully and formally. It really didn’t matter that they couldn’t even christen their new entity right. Having discovered that the appellation Nepal Communist Party had already been taken, the Marxists-Leninists and the Maoists creatively underlined the name and created something new. 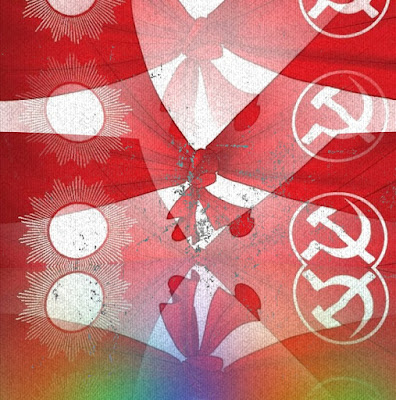 If the main opposition Nepali Congress seemed most shocked by this development, it had good reason. Indian Prime Minister Narendra Modi was widely seen to have planted a kiss of death on Oli. Our prime minister, excepting the lampasarbad slur, kind of went along with the narrative of political evisceration. We knew Oli had quite a reputation for sharp humor. The head fake was a new one.

The Maoist ministers, too, turned kabuki masters for a while. They collectively chided the prime minister for having marginalized their party during Modi’s sojourn, a stance that led some on the sidelines to finally rule out the prospect of unity.

The Nepali Congress is still acting as if the unification of our two biggest communist parties poses a mortal danger infinitely greater than the one posed by King Mahendra’s dismissal of B.P. Koirala’s government in December 1960. Why, the communists were never worried by the Nepali Congress’ super majority when the comrades had a paltry four seats in the first parliament, Oli reminded the main opposition party the other day.

Confronted with Nepali Congress claims that the rejuvenated communists would debase its opponents, Oli retorted that the comrades wouldn’t have time for such pettiness. Stung by growing public perceptions of defeatism in their reaction, some Nepali Congress leaders have begun putting on a brave face.

It is the smaller parties that have come up with sharpest questions. Why would Oli and Dahal plant a tree (the Nepali Congress electoral symbol) to mark the occasion instead of, say, improvise a version of ‘Here Comes the Sun’?

Wasn’t the decision to announce the unification on the 25th anniversary of the deaths of Madan Bhandary and Jibaraj Ashrit tantamount to tarnishing the ‘people’s war’, Dr. Baburam Bhattarai asked in a tweet. Dahal doubled down by recalling Bhandary’s immense contributions to Nepali communism. After all, when the Maoists rose up against the state in 1996, they did so against the late Marxist-Leninist general secretary’s people’s multiparty democracy ideology as well. But Dahal seemed to want to remind the rest of us that he had forgotten that reality.

Narayan Man Bijukchhe proclaimed that unity wouldn’t be durable. But, then, we’ll never know how the brain of the Nepal Workers and Peasants Party leader works, will we? After all, he’s the same guy who flew in to New Delhi to co-sign the 12-Point Agreement in 2006 only to fly back home to criticize it as being anti-national.

It’s okay to be skeptical – even cynical – about what led to this development and how things might unfold in the weeks and months ahead. It would be instructive here to consider the big picture.

We have a secular state where Christians say they face the worst persecution ever, Muslims can’t really feel the difference and Hindus have become, if anything, more faithful.

We have seven provinces that have neither names nor permanent capitals and whose functionaries are already complaining about having to do a lot with virtually nothing. Sure, we are a republic, but one where most are tuned to what the ex-king says and does. Yet the sun continues to rise each morning.

Source: www.nepalinetbook.blogspot.com
Posted by NEPAL POLITY at Friday, May 25, 2018 No comments: Links to this post

Posted by NEPAL POLITY at Thursday, May 17, 2018 No comments: Links to this post