No treachery against mother Nepal, split was natural: Mohan Baidya

The separation with the Unified Maoists Party, according to Chairman Mohan Baidya Kiran of Nepal Communist Party-Maoist, has happened as per the Marxist philosophy of “unity, struggle, transformation and split”. 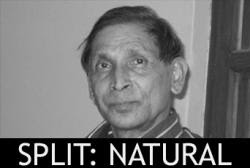 A new philosophy of split indeed.

He claimed since the party top leadership rejected their offer for transformation thus the split was quite natural. He also advised his party cadres not to take the split unnaturally. He made these remarks while inaugurating ‘Icchuk Cultural Foundation’ in Kathmandu, June 30, 2012.

“We rejected the course of treachery against motherland. We have chosen the path traced by the martyrs and we are also ready to make sacrifices to liberate the population”.

Does he mean the other camp is a treacherous one? Grand accusation.

The separation was necessary because we had to realize the unfulfilled dreams of the martyrs like Krishna Sen Icchuk, he claimed.

“To remember him and to name a cultural foundation after him is a laudable work. We will extend our full support to develop the foundation as a research center.”